The natural and beautiful landscape in North Wales is so diverse that it offers something for everyone. As the pandemic has offered the chance for may of us to rediscover the simple pleasure of nature and the great outdoors, make this the year you visit to experience first hand the magnificent mountains, stunning countryside and spectacular coastline.

Whether you want to just soak up the views, take part in some leisure pursuits, sports or world-leading adventure follow our guide of top outdoor experiences:

Snowdonia National Park
Snowdonia National Park is the largest park in Wales covering over 823 square miles and it’s a short 20 minute drive from the award winning Imperial Hotel in Llandudno. Snowdon is at the Park’s heart standing at 1,085m (3,560ft) high and it offers many popular walking routes up to its summit or you can scale the summit on Snowdon Mountain Railway, which is Britain’s highest Rack Railway.

Lakes
Snowdonia National Park has about 250 lakes, or Llyns as they’re known in Welsh, so there are many opportunities for you to enjoy a lakeside walk. Llyn Padarn is the lake nearest to The Imperial Hotel and although is’ small compared to others as it’s only 240 acres, this glacially formed lake is stunningly beautiful. As well as being a popular spot for walkers there are also plenty of attractions to visit in the area including the National Slate Museum, Quarry Hospital Museum and a fun trip on the Llanberis Lake Railway, a narrow gauge steam train that takes you alongside the lake.

Coastal
The North Wales coastline stretches for 250 miles and has an abundance of beautiful beaches offering mile upon mile of golden sand against a backdrop of outstanding views. Our favourites to visit are Llandudno’s West Shore, a quiet sandy beach with views overlooking Conwy Sands and Newborough Beach on Anglesey which is part of the National Nature Reserve of Newborough Warren.  This stunning beach has views of the Lleyn Peninsula and is a popular walking spot for people that want to get to Llanddwyn Island, home of St Dwywen, the Welsh patron saint of lovers, while Newborough Forest which backs on to the beach provides another coastal but sheltered walk.

There’s also the Wales Coast Path which at 870 miles is the first dedicated footpath to follow the entire stretch of a country’s coastline.  34.5 miles of this path is in Conwy county which includes scenic sections in Llandudno from a 5.1 mile walk around the Little Orme or a 14 mile circular route around the Great Orme as well as many trails around the Great Orme Summit.

Castles
Wales is renowned for its magnificent castles – in fact there are over 600 and 32 are in North Wales.  King Edward I constructed or rebuilt many of these impressive fortresses in the 13th Century when he launched two military campaigns to defeat the Welsh princes and bring the country under English rule.  After each campaign he built a castle to maintain a hold of the land that he’d captured and as Snowdonia was seen as the heartland of the Welsh he surrounded it with a ring of castles – Conwy Castle is a must to visit.

Whatever you decide to do, make the most of your visit with one of The Imperial Hotel’s fantastic breaks for the perfect North Wales experience. 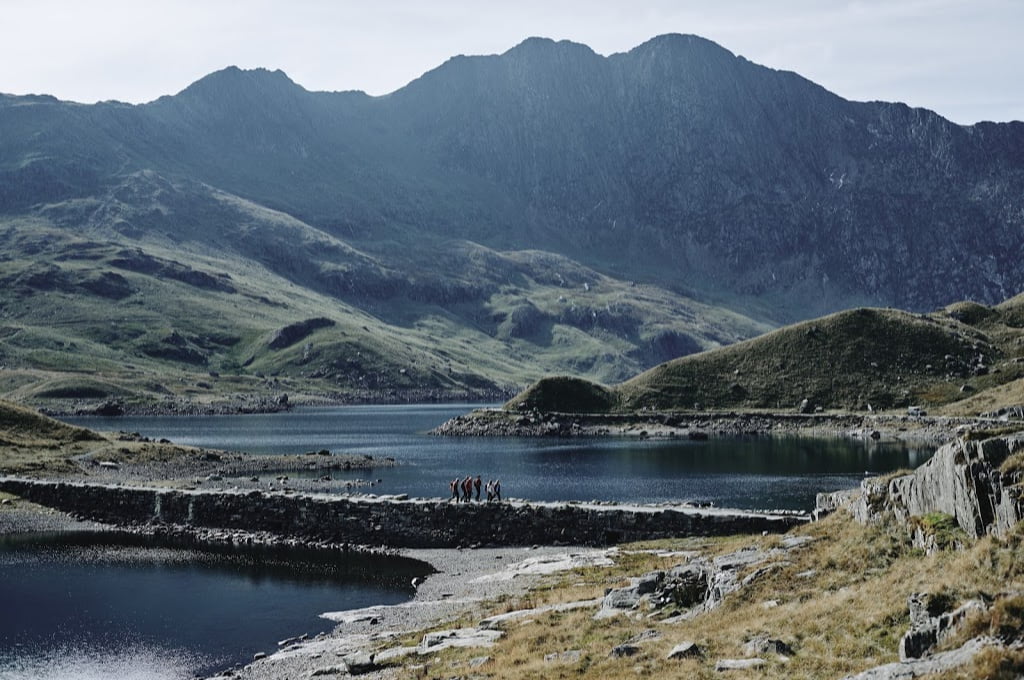 ← Walks with a View In Llandudno Bodnant Garden is a world famous Grade I listed horticultural paradise →
We use cookies on our website to give you the most relevant experience by remembering your preferences and repeat visits. By clicking “Accept”, you consent to the use of ALL the cookies.
Cookie SettingsAcceptReject All
Manage consent

This website uses cookies to improve your experience while you navigate through the website. Out of these, the cookies that are categorized as necessary are stored on your browser as they are essential for the working of basic functionalities of the website. We also use third-party cookies that help us analyze and understand how you use this website. These cookies will be stored in your browser only with your consent. You also have the option to opt-out of these cookies. But opting out of some of these cookies may affect your browsing experience.
Necessary Always Enabled
Necessary cookies are absolutely essential for the website to function properly. These cookies ensure basic functionalities and security features of the website, anonymously.
Functional
Functional cookies help to perform certain functionalities like sharing the content of the website on social media platforms, collect feedbacks, and other third-party features.
Performance
Performance cookies are used to understand and analyze the key performance indexes of the website which helps in delivering a better user experience for the visitors.
Analytics
Analytical cookies are used to understand how visitors interact with the website. These cookies help provide information on metrics the number of visitors, bounce rate, traffic source, etc.
Advertisement
Advertisement cookies are used to provide visitors with relevant ads and marketing campaigns. These cookies track visitors across websites and collect information to provide customized ads.
Others
Other uncategorized cookies are those that are being analyzed and have not been classified into a category as yet.
SAVE & ACCEPT