The Imperial was set up in 1872 and we know from our records and historical artefacts that the hotel became the headquarters of the Inland Revenue during World War II. But we knew very little about the impact the war had on the whole of Llandudno and the rest of North Wales so the War II exhibition at Mostyn Gallery seemed like the perfect place for us to improve our knowledge.
This exhibition is well worth a visit as not only is it interesting but also educational. We learnt about life during those times as well as the important role North Wales played in the continued running of Government departments, how the landscape was used for military testing and how history has formed the present. Here’s a few of the interesting facts we learned:
The Inland Revenue moved to Llandudno in 1940 after the Government designated the town a “safe” area.  This led to 5,000 Inland Revenue staff and their families relocating with the requisitioning of over 400 hotels including The Imperial, boarding houses and private residences to provide offices and living accommodation.  One member of the IR staff based at The Imperial was James Callaghan who later became an MP and Prime Minister.  Colwyn Bay also had an influx of evacuees with the Ministry of Food relocating to the town bringing another 5,000 civil servants.  Three of our menus from 1940 are part of the Ministry’s exhibition to show how rationing impacted on hotels and restaurants. 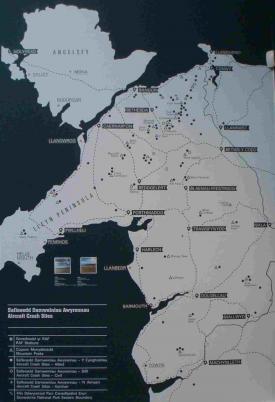 Sadly the terrain of the Snowdonia Mountain Range led to a large number of aircraft crashes which are shown on this map, but they were directly responsible for the setting up of the RAF Mountain Rescue Service in 1943 which was linked to the RAF’s Search and Rescue Helicopters that flew out of RAF Valley until 2015. 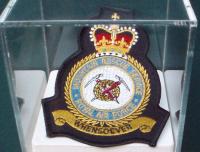 Over 1,000 men worked in secret during the night at Conwy Morfa on the part-construction of the Mulberry Harbour, the portable structure which was responsible for the landing of 2.5 million men, 500,000 vehicles and 4 million tons of goods during the Allied invasion of Normandy.  Meanwhile the Menai Strait was being used for the Catalina flying boats which were ordered from the US.  Saunders-Roe, an aero and marine engineering company moved to Beaumaris on Anglesey where the secret modifications on the flying boats were undertaken, and today the slipway where the boats landed and hangers can still be seen. 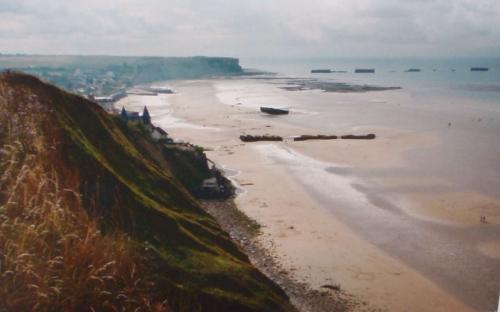 Quarries also played a role in the War as they were used to preserve many of our paintings from the National Gallery in London.  Over a period of 5 weeks in the summer of 1941, paintings were brought to Manod Quarry at Blaenau Ffestiniog and placed within freestanding brick buildings deep underground, and it’s thanks to their secret Welsh home that these art treasures were saved for the nation.
There are also exhibits on the Royal Artillery that moved to the Great Orme, the BBC who relocated the Variety Department of 400 staff and artistes to Bangor but used the Grand Theatre in Llandudno and the manufacture and storage of mustard gas near Mold plus a lot more.
War II is on at the Mostyn Gallery until 8 May 2016 and is well worth a visit, and we hope you find it as interesting as we did.
Mostyn Gallery at 12 Vaughan Street in Llandudno is open Tuesday to Sunday 10.30am to 5.00pm, admission is free.  Visit Mostyn Gallery’s website for more information.
← Let us guide you through the key steps on planning your Wedding The Imperial Hotel presents cheque for over £850 to Ty Gobaith →